Hero for a Day Summer Eats for Kids champions 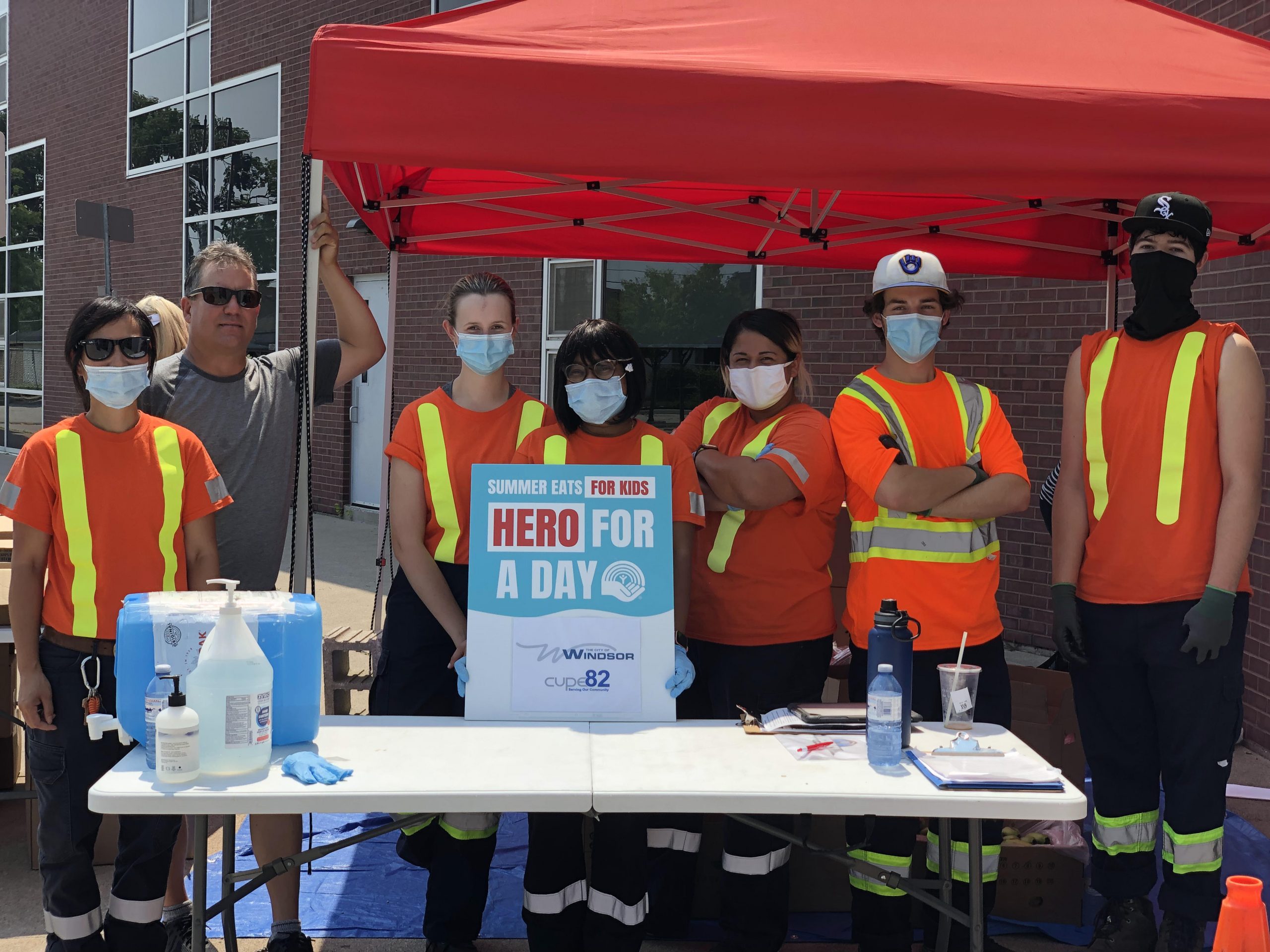 Windsor, ON – United Way/Centraide Windsor-Essex County wrapped up its Summer Eats for Kids program this week and hosted its Backpacks for Success distribution day on August 24 and 26. Two thousand backpacks and $15,000 in Staples gift cards were handed out to families with school-aged children in West Windsor, Downtown Windsor and Leamington.

Back-to-school season is an exciting time for many children as they look forward to the year ahead, but unfortunately some children don’t have access to the supplies and resources they need for a successful school year. The Backpacks for Success program provides students in Kindergarten through Grade 12 with backpacks filled with grade-appropriate supplies they need for school.

“Providing kids with the school supplies they need gives them confidence to succeed in school,” says Lorraine Goddard, CEO, United Way/Centraide Windsor-Essex County. “Many families and children are experiencing heightened stress due to the pandemic. Providing school supplies to local children is one way in which we can support these families,” she added.

August 24 and 26 were also the last two days for United Way’s Summer Eats for Kids program which provided over 3,600 food boxes to kids and families this summer. Approximately 125 volunteers handed out the food boxes, as well as books that were collected throughout the summer by United Way’s Women United group. Over 3,300 books were collected through the drive and handed out to children to encourage reading over the summer months.